Why we love Galicia and why you should too!

On our recent youth exchange in Galicia, «Human Stories: Future Glories» our participants from Norway, Sweden, Poland, Spain, and Turkey got to learn more about Galicia during our free day and experience some of the beauty that Galicia has to offer!  Read below the international team’s write ups about this special day and if you are ever not sure where to go on your next adventure, be sure to visit Galicia!
More info on Galician tourism can be found at Turismo Ferrolterra and https://activo365.ferrolterra.gal/

If you imagine the best place for an Erasmus+ youth exchange, where would it be?
We already know the answer: Galicia – a unique region in the Northwest of Spain with distinctive nature and culture. Trust us, it worth visiting for many different reasons: the protected natural areas (like Fragas do Eume), the beautiful Atlantic coastline (from Ferrol to Mañón), the best surfing available in a world renowned surf spot (Praia de Pantín), the Celtic cultural traditions and customs, the delicious fresh seafood, and much much more!

The participants of “Human Stories: Future Glories” project have already witnessed it for ourselves. We recently had the chance to explore beautiful green Galicia during our youth exchange on storytelling and intergenerational cooperation. Thanks to the local government (@Deputacion da Coruña and the @Mancomunidade de Ferrol) we had an outstanding day exploring the best places in the area.

First, thanks to the local volunteers at Santa Catalina Monastery near Ares, we got to learn about the monastery’s rich history. Later, our youth group had a blessed moment with high emotions, great happiness, self-satisfaction and FUN when we went SURFING for the first time at #PantinSurfCamp. This unique experience of 25 of us trying surfing for the very first time could not have been better. After sharing incredible emotions, overcoming our fears, and conquering the waves, we received a great bonus from #TurismoFerrolterra – a well guided visit to Santo André de Teixido – a quaint religious village on top of the beautiful cliffs near Cedeira, with an exciting legend you have to discover! The views of the Atlantic Ocean from the highest cliff in Europe was a great ending to this unforgettable trip. Hi, hello!
Probably when you hear about Spain, you think of flamenco, sun, bullfighters, Barcelona, but no one mentions Galicia, a wonderful region in northwestern Spain that our team discovered through an Erasmus + project, “Human Stories: Future Glories”.

On September 25th, 2019 our group had the opportunity to visit and explore beautiful Galicia thanks to the @Deputacion da Coruña and the @Mancomunidade de Ferrol. To our surprise we visited Pantín Beach, one of the most famous places worldwide for surfing, where the long awaited activity of this project, SURFING, was to take place. Surfing means tradition in this region. For 2 reasons: 1. because Galicians have been pioneers of surfing in Spain since the 1960’s and 2. because surfing is valued as a way of sustainable development amidst the wild landscape of Pantin.

We never thought that surfing is that hard, but it certainly takes a bit of effort and practice. As most of us had never been surfing before, we had what the Galicians call a “Baptismo de Surf”, it is something like a surfing “baptism” to introduce you to surfing for the first time! Surfing in Galicia is definitely worth trying. We had a unique experience in our lives, learned alongside professional instructors how to practice this sport, and truly fell in love with it! While it was our first time surfing, we are sure it will not be our last! Thanks to Galicia, we have been introduced to this beautiful sport and tradition, and are sure we will return to do it again. We had a lot of fun taking pictures and creating memories with the amazing people from Galicia that will last a lifetime. For this fantastic trip we would like to thank the local authorities in Galicia and the Pantin Surf Club.

Do yourself a favor and explore all that Galicia has to offer! The links and social media accounts can be found here: If you know Spain only by Flamenco, Tapas and Sangria, this means that you haven’t seen anything yet. It’s time to meet Galicia, in the Northwest of Spain, with the sea side towns and incredibly green nature. The old churches and monasteries, built in the Roman Empire, show that Galicia is also full with history and culture. In fact, A Coruña hosts the ONLY working Roman lighthouse in the world! Wow!

We were fascinated by the town of  Santo André de Teixido. This village, located on the high cliffs in Galicia, overlooking spectacular views of the Atlantic Ocean, is deeply rooted in tradition linked to Celtic culture and to the way of Saint James (el Camino de Santiago de Compostela). Every Galician knows the saying: «A San Andrés de Teixido vai de morto o que non vai de vivo”, which means “If you don’t go to San Andrés de Teixido in your life, you will go after death”. Lucky for us, we went this year, and will not have to return in death… although, it was so nice, we wouldn’t hate it 😉

We could not have visited the small and religious village of Santo André de Teixido without the help of a guide. She showed us the beauties of the area, but also the highest cliffs in Europe, which rises to 621m above the Atlantic Ocean. Santo André de Teixido belongs to a very special landscape, and a unique geological phenomenon. Indeed, the region is involved in the process to be declared a Geopark by UNESCO and this is why we recommend you to visit there before it becomes overrun with tourists!

Some of us bought “san andresinas” special little mementos that are only made in this little place in Spain. These figures, in the shapes of different symbols of  Santo André de Teixido, are made out of old bread and painted beautifully. Each figure has a different significant meaning connected to the tradition and culture in Galicia:

The Flower- To accompany love

The Sardine- To never be hungry

The Boat – So that we travel safely

The Dove – The symbol of peace

The Crown – The crown of St. Andrew

The Hand – For good luck for our studies

We are happy to have these beautiful memories of Galicia we will cherish for a long time. Our day was truly unforgettable and the scenery was unbelievable. We appreciate everyone who helped us to make this day come true. Our Norwegian team had the chance recently to participate in the Erasmus+ project, “Human Stories: Future Glories”. The themes of this youth exchange were storytelling and intergenerational cooperation and on the final evening we performed the stories of local senior citizens from Ares at an event to celebrate Galician culture, language, stories, and more. Of course, we could not celebrate Galicia without better understanding it and experiencing all the beauty it has to offer. The @Deputacion da Coruña and the @Mancomunidade de Ferrol made this possible by offering us a day full of culture and local sights.

In the morning we drove off to Santa Catalina monastery, where two enthusiastic volunteer guides showed us around and taught us about the history of this location dated back to the Roman Empire. Our next stop was “Praia de Pantín”, one of best surfing beaches in Europe, with its fascinating Atlantic ocean views. Almost all of us had this exciting journey for the first time in our lives: crashing with the waves and trying to beat them. It was incredible! We are sure Galicia has converted us to the sport of surfing, and we definitely want to do again.

A well deserved reward was the delicious three course lunch in Valdoviño. Special thanks toCamping Valdoviñofor accommodating our large group and our many food restrictions. We loved the atmosphere and vibe of the restaurant, in addition to the tasty food and big portions. 😉

Later, we saw the town of  Santo André de Teixido, an old pilgrimage village with amazing views of coastal cliffs off of the Atlantic Ocean. The old town was very beautiful, had an interesting cultural and religious history, and beautiful traditional products sold by the people. Each year, visitors come to the famous church with wax figures of different body parts to pray to be healed in those specific areas. We learned from our guide that many years ago, people would bring coffins to the church to ensure they rested in peace.

Last, but definitely not least, we went to visit the highest coastal cliffs in continental Europe, 613 meters above sea level. While at first, we could  not see anything because of the fog, suddenly the weather cleared and the sea appeared through the clouds. The high views were astonishing.

We would recommend everyone to visit this beautiful hidden pearl in the Northwest of Spain!

Learn more here about all you can experience in Galicia when you visit: https://activo365.ferrolterra.gal/ On our special excursion around Galicia, we started the day with a visit to Santa Catalina de Montefaro, which is an old Monastery near Ares, there we got a taste of Galician traditions and history. The Monastery first was donated to the military before the municipality got a hold of it and it’s now an attractive location for weddings and other honorable events in Galicia because of it’s rich history: Santa Catalina de Montefaro was built during the Roman Empire in the middle of the 14th century.

After this lovely visit, we went by bus and visited one of the most famous surfing beaches in Europe, Pantin, which holds a big competition once a year. With waves up to 3 meters high (maybe even more!) we tried our luck to surf close to the shore, since we all of us beginners. We were divided into two groups and spent 45 minutes each in the water. With an introduction, warm-up and practice beforehand, and with the help of our 4 lovely instructors, some of us were able to stand up and shred some waves in Galicia! But, as we learned, surfing is more of a responsibility than just having fun in the waves; we had to clean the boards, bring them back to the surf hut, rinse off our wet suits, and look after all of the materials. After this, everyone was exhausted looking for a tasty lunch to give us energy. Luckily we had a three course menu consisting of spaghetti bolognese, rice and grilled chicken, and a lovely ice cream for dessert.

A visit to this part of Galicia can’t be complete without visiting the small village of  Santo André de Teixido, a village with only 50 inhabitants but a parking lot for loads of buses to see the views from the beautiful cliffs. The cliffs here are the highest on the continent of Europe, only being beaten by some in Ireland. As is common in Galicia, when we arrived, there were clouds everywhere; but suddenly, when we reached the top, they disappeared and the scenery was unbelievable! Thanks to this special day, we have fallen in love with Galicia. We are sure if you visit there, you will too. Special thanks to the Deputación Provincial da Coruña and Mancomunidade de Concellos da Comarca de Ferrol for hosting us all in beautiful Galicia! We are so grateful! 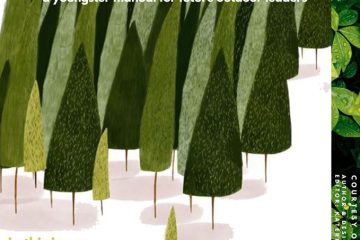 We’re happy to present you No Box – Tool Kit! Last October, when we were free at the wild we did the No Box training activity. Some months later we proudly present to you a Leer más… 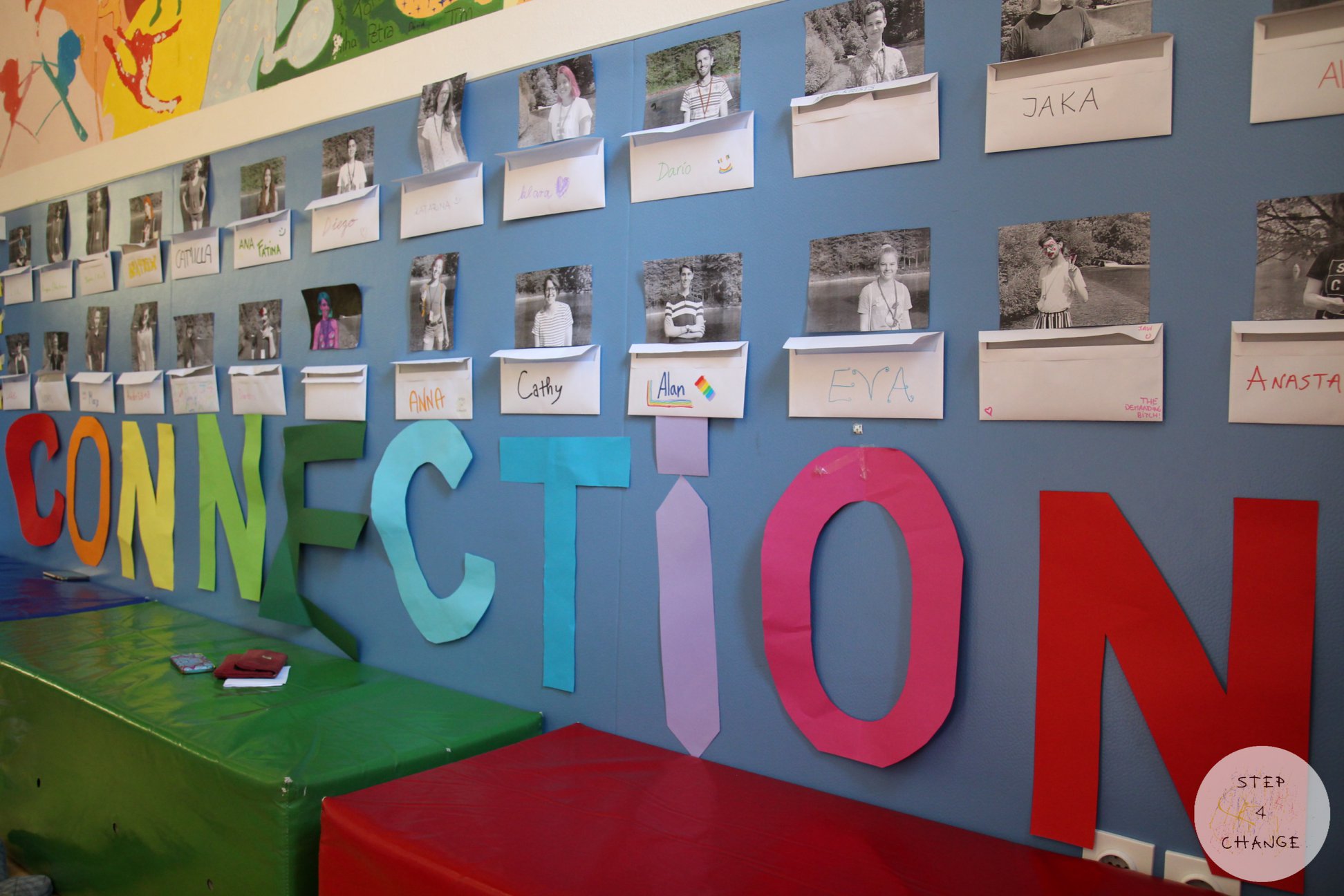 The youth exchange «Step 4 Change» took place in Slovenia and was centred on the topic of LGBTIQA+ activism. Some of us applied especially because of educational, more formal, or learning purposes, but eventually we Leer más… 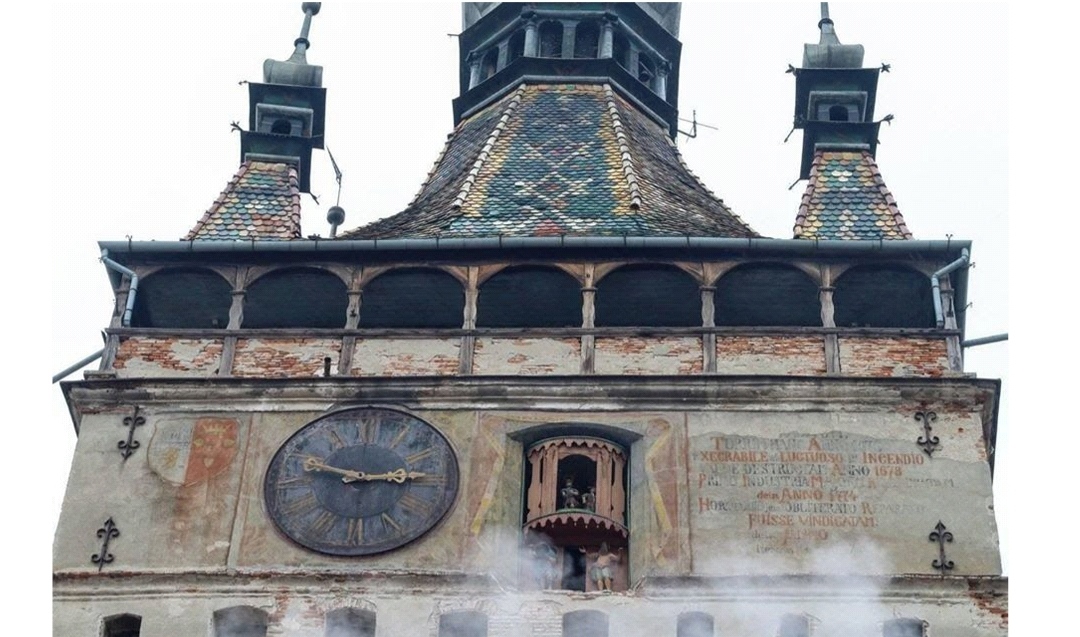